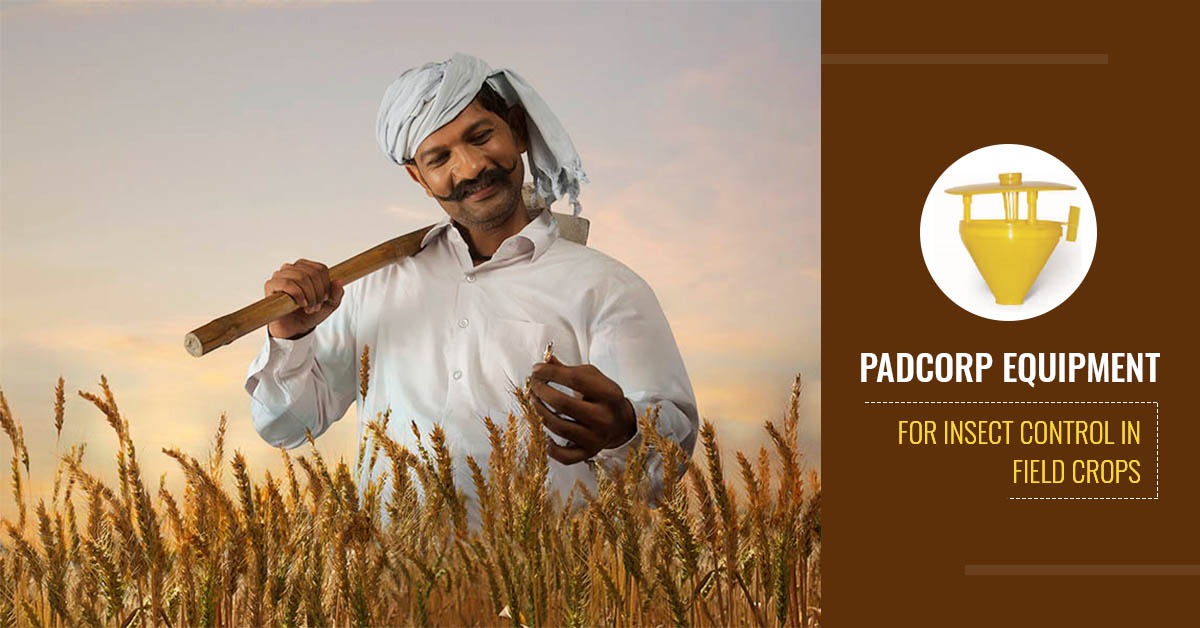 Insects or Pests are biotic stress for crop productions that plays a huge role in loss of its yield. The damage caused by insect pest is one of the major factors for reduced crop production globally. There is an ongoing effort and awareness amongst farmers for taking plant protection measures. One of the widely used method for pest control is spraying pesticide on crops, however it has various drawbacks mentioned below:

– Losses to adjacent crops, fishery and bird.
– Contamination of groundwater.

PadCorp Funnel Trap Funnel trap, as mentioned in its name is a conical funnel covered at the top by a canopy that holds the pheromone dispenser, with circular openings around its radius for the entry of insects which are collected in a plastic bag attached to it below. Male insects are attracted towards these pheromones and enter the funnel where they get trapped inside the polyethene bag. Theses bags can be cleaned and replaced once its filled with insects

Function of funnel trap:
The funnel traps are attached with pheromone dispensers which lure the male insects towards the trap, and they get hit by the walls and fall on the base of the canopy. These traps are installed in the field at the rate of 5-7 traps per hectare and for mas strapping they are installed at 15-20 traps per hectare. Traps should normally be attached to stakes at crop height and placed within the crop with at least 50m between each trap.
For better and efficient trapping you must trap one species of insect with one funnel trap.

Advantage of Funnel trap:– Traps insects without field getting toxic.
– Cheap price and works for more than one season.

Glue Sticky Trap Pad is made in attractive yellow color sheet has a strong layer of polymer glue. The glue is of high quality; it does not dry immediately, doesn’t get washed away in rain and its viscosity doesn’t change even in extreme temperatures.

Function of Glue Trap:
Glue Sticky Trap Pad is used in open space crops, organic gardens, greenhouses, gardens, nurseries, poultry farms. It Is specially designed to protect fruits, flowers & vegetable crops from sucking insect pest. These are made of environment friendly material and are non-toxic.
The insects get attracted to the yellow colored sticky glue where they stick and do not harm the crops or plants.

Advantage
More than 80,000 insects can accumulate on the sheet in 2 to 8 days after applying a glue pad.

PadCorp in its constant efforts to help the farmers with better and economical options to increase agricultural yields have introduced various equipment like funnel trap and glue trap as a chemical free option. 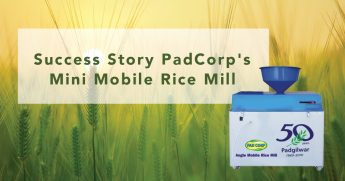 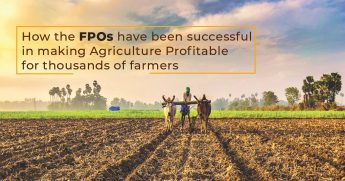