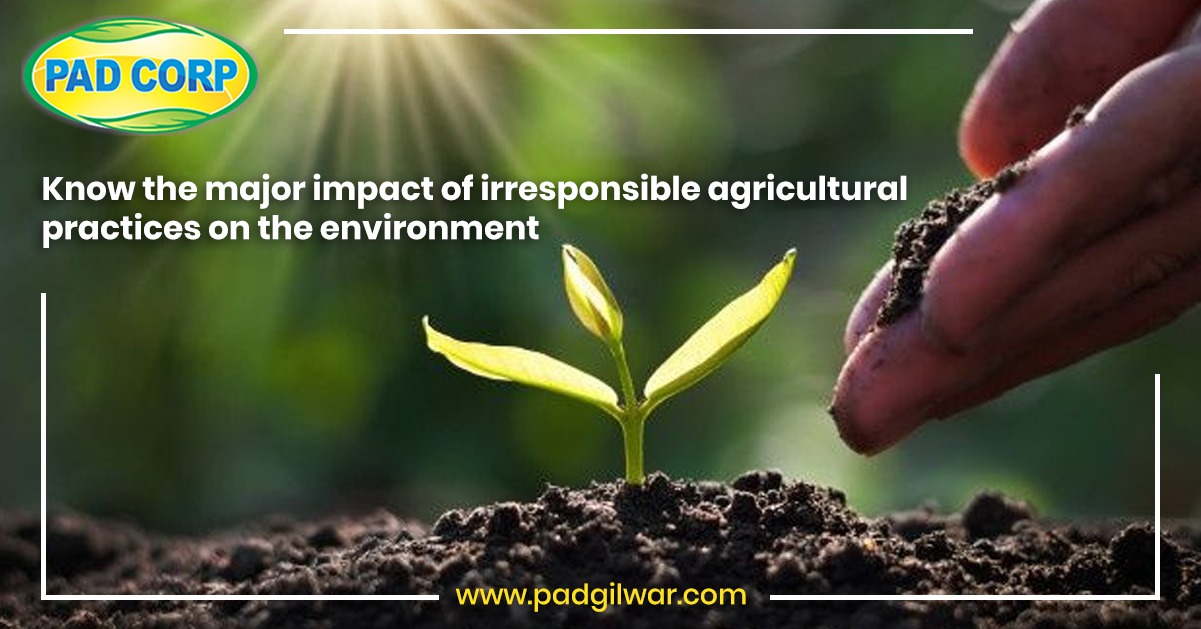 Our country is now self-sufficient in food production and exports excess food grains to international markets. However, as time passed, we lost sight of the concept of agricultural sustainability. Farmers have traditionally used a variety of methods to promote plant growth and disease resistance in their crops. However, as technology advanced and the use of fertilizers and pesticides increased, many serious issues surfaced.

It is a term that refers to the process of turning the soil over. Tilling the soil is the first and most harmful practice in modern agriculture.

It is a term used to describe a state of Mono-cropping, it is a destructive practice in modern agriculture that refers to the planting of a single crop across all the fields.

The major consequences of irresponsible agriculture below are as bellow:

1. Land Degradation: As the use of harmful pesticides and fertilizers increased, soil quality deteriorated. And the degradation of land became a major reason for concern of agricultural sustainability in the long-term. In both forest and plain areas, poor agricultural practices exposed the soil cover to water and wind erosion.

Waterlogging started occurring as a result of the excessive use of water for irrigation, especially along rivers, as the water table rose. The problem of salination and alkalinity is exacerbated by waterlogging.

A lack of organic matter and nutrients in the soil cover is seen as a result of the overuse of chemicals on the field.

Forests are being razed all over the world to make way for plantations of various crops.

3. Loss of Biodiversity: In terms of plant diversity, India is ranked 10th in the world and 4th in Asia. It is a country with a diverse range of climatic zones that supports a diverse range of animals and plants. Plant and animal species have become extinct as agriculture has become more commercialized.

Concerns have been raised about the loss of vegetative covers, such as grasslands and forest tree species, as well as the extinction of wild animals, birds, and insects. Over 1,500 plant species, 79 mammals, 44 birds, 15 reptiles, 3 amphibians, and several insects are considered endangered, according to estimates.

4. Pest Problem: The pest problem has become very serious as a result of changes in crop patterns, increased irrigation area, and increased cropping intensity. The indiscriminate and increased use of pesticides has exacerbated the severity of pests.

Many predatory birds and insects have experienced rapid population declines, resulting in a lack of natural pest control. We’ve also seen the direct consequences of high pesticide use on human and animal health.

5. Agricultural Waste Disposal: Burning agricultural residues such as paddy straw and rice husk releases large amounts of carbon dioxide and carbon monoxide into the atmosphere, causing respiratory problems in both animals and humans. A proper mechanism for the recycling of agricultural wastes at the grassroots level should be in place. District officials must monitor the proper disbursement of incentives given to farmers who properly process these wastes regularly.

To save the environment, farmers must switch to healthier food production methods. New high-yield crop varieties are being developed by scientists and researchers that require fewer fertilizers and pesticides. Such crops will almost certainly reduce the need for hazardous chemicals. PADCORP, well-known farm equipment, and supply company is doing everything it can to educate and motivate farmers to practice agriculture responsibly and sustainably. Respond to the PADCORP call and become a responsible Farmer! 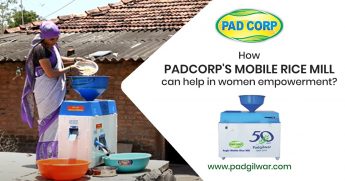 How Padcorp’s Mobile Rice Mill can help in women empowerment? 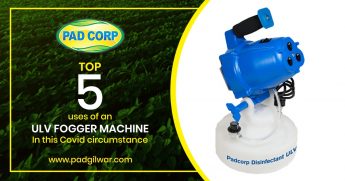 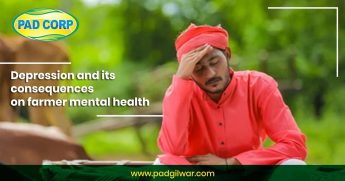 Depression and its consequences on Farmer Mental Health